During the last 10 days, OP Innovate has handled a number of cyber incidents resulting from the Iranian ‘Pay2key’ campaign. This intelligence gathering and ransomware campaign has targeted over 80 Israeli companies thus far and if successful, would have paralyzed significant sectors of Israeli industry.

An incident response methodology coalesces is a number of procedures which aim to identify, investigate, handle and then learn from security incidents. The methodology seeks to minimize impact and downtime, bring about rapid recovery, and feed into an iterative feedback loop which strives to decrease recurrence in future.

This document focuses on the detection, containment and eradication of the “Pay2key” cyber campaign.

Investigation of the malicious task shows that it runs an application masquerading as a Windows application each day at 9am. The name of this application is sccm.exe, and mimics the Windows System Center Configuration Manager (SCCM). Use of a legitimate Windows application name may help the malware file to evade some antivirus software which looks for unknown file names.

This malware file is located in the c:\windows\speech folder. Its location is a further effort to evade the AV software (figure 2).

Further recommendations to mitigate the attack: 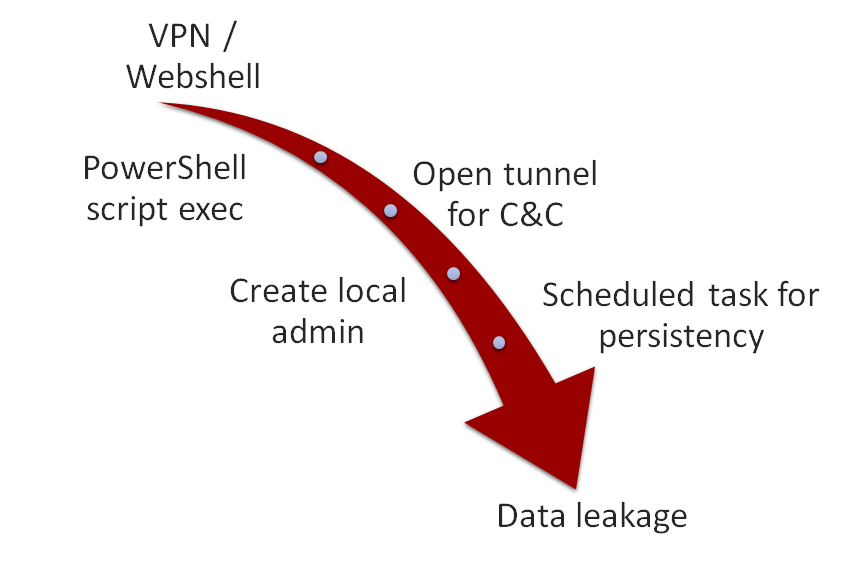 If you find the the indicators of compromise (IOCs) or experience any other suspicious activity please do not hesitate to contact us:

This website uses cookies to improve your experience while you navigate through the website. Out of these, the cookies that are categorized as necessary are stored on your browser as they are essential for the working of basic functionalities of the website. We also use third-party cookies that help us analyze and understand how you use this website. These cookies will be stored in your browser only with your consent. You also have the option to opt-out of these cookies. But opting out of some of these cookies may affect your browsing experience.
Necessary Always Enabled
Necessary cookies are absolutely essential for the website to function properly. This category only includes cookies that ensures basic functionalities and security features of the website. These cookies do not store any personal information.
Non-necessary
Any cookies that may not be particularly necessary for the website to function and is used specifically to collect user personal data via analytics, ads, other embedded contents are termed as non-necessary cookies. It is mandatory to procure user consent prior to running these cookies on your website.
SAVE & ACCEPT
Under Cyber Attack? Click Here